I got it in my head to make some crochet bunting.  I tried quite a few different crochet triangles, there is a nice assortment of them on the interwebs.  But none of them were just right for me.  I wanted them to be a bit taller than wide, and granny was a must.  Some scallop edge would be nice too.  I think I am happy with these : )

Yes, yes, I do think I like them quite a bit.  The colors in the photo aren’t quite right, they are red, white and aqua.

Here are the directions on how I made them, using the red, white and blue one as the example.

I used worsted weight acrylic yarn and a 4.5 mm hook.

Here is a diagram to help out. 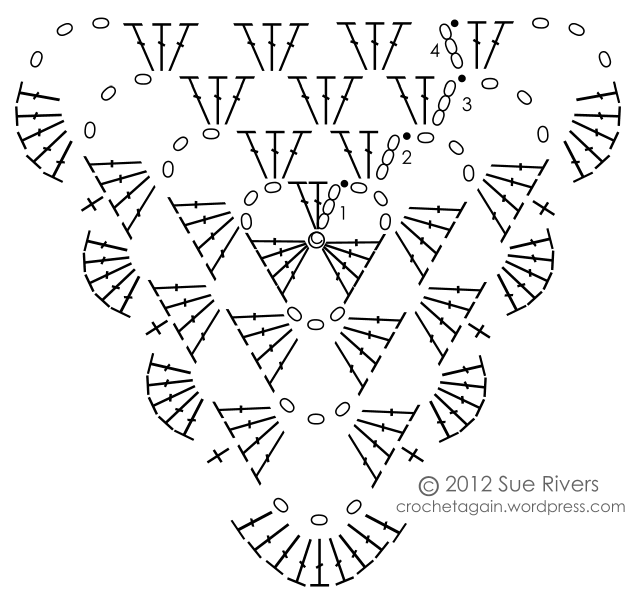 To Join the Triangles

Another diagram to help out, hope it is big enough to see clearly….

Love to hear about and see any that you make!