Every dog deserves a beautiful hand crocheted mat to lie on. 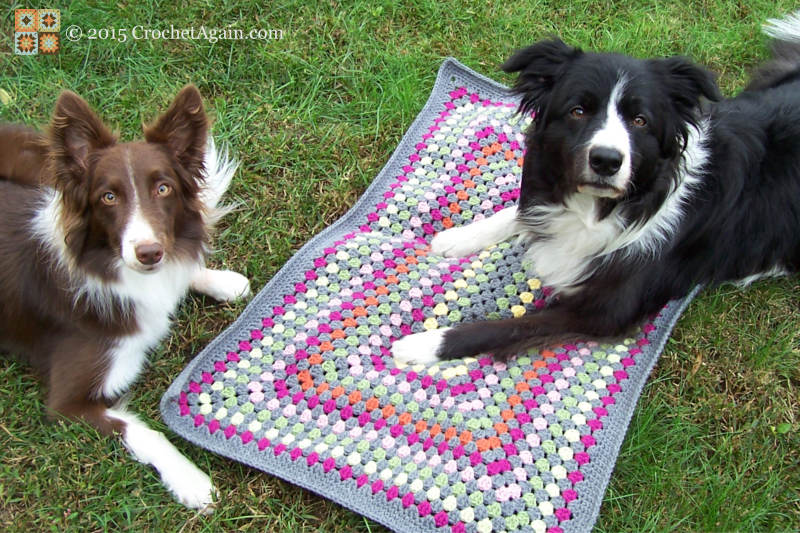 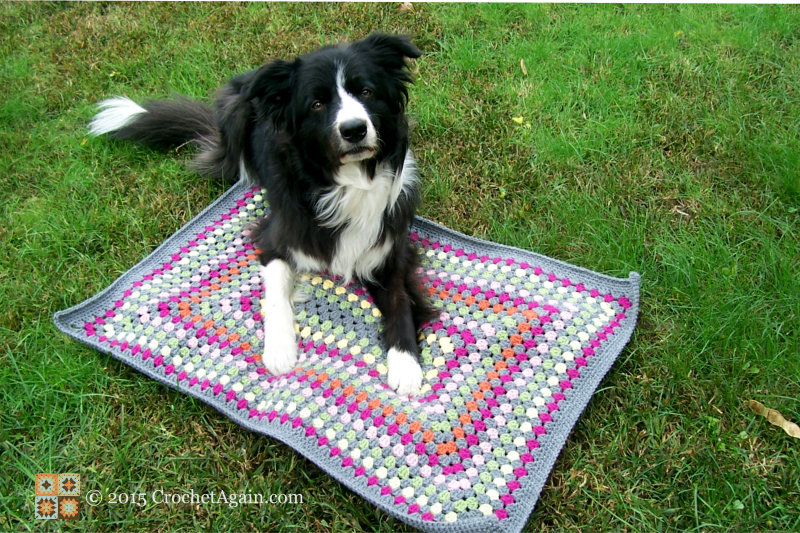 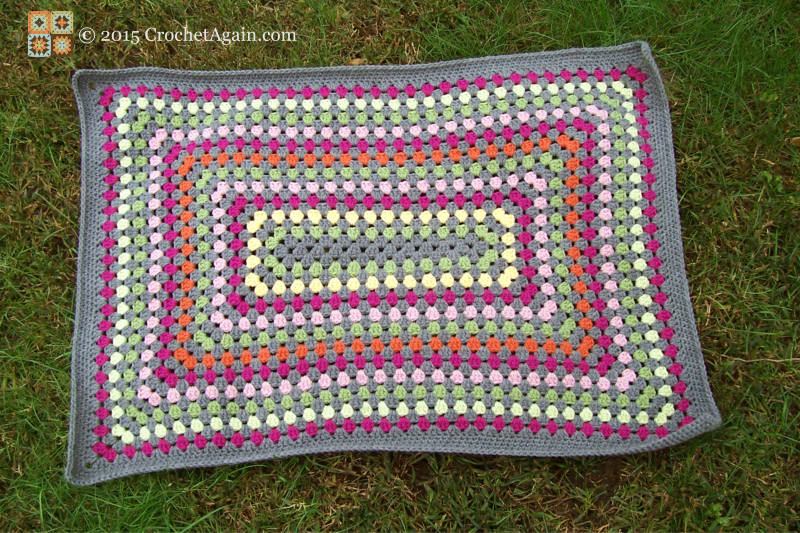 Round 1:  Attach gray and complete as in Round 2 of the body, slpst to top of standing dc, do not end off.
Round 2:  Ch1, sc in same space as slpst.  Sc through both loops of each dc around.  5sc in each ch3 corner space.  Slpst to first sc.
Round 3 – 5:  Ch1, sc in same sp as slpst.  Sc in each sc around.  3sc in the center sc of the corner of the previous round.  At end of round 5, slpst to top of beginning sc and end off, leaving a tail to weave in.

To adjust the size, make fewer or more rounds.  To adjust the proportions of the rectangle, change the number of chains in the foundation by multiples of 3. 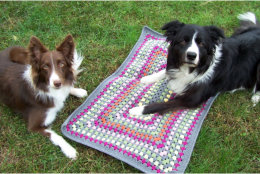